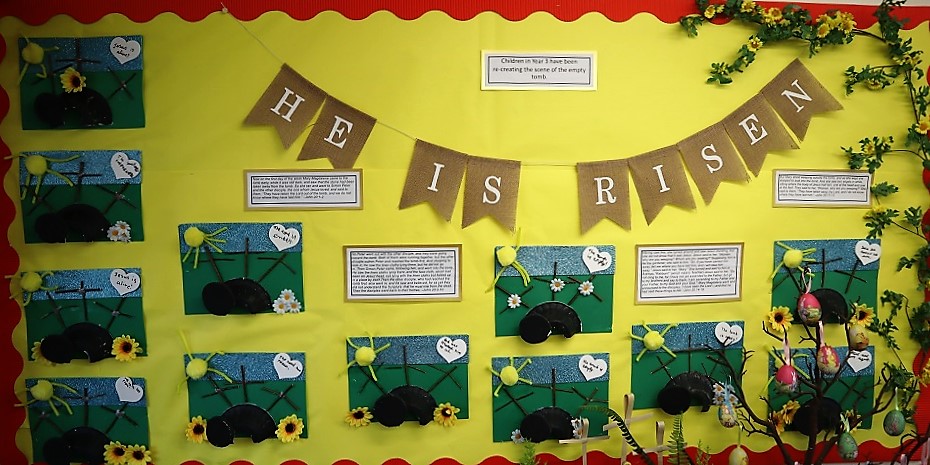 The Foyer at Nutfield Church Primary School is already in the Easter mood as when entering you will see the wonderful display created by our Year 3 children. The display reflects the story of the resurrection of Christ.

Now on the first day of the week, Mary Magdalene came to the tomb early, while it was still dark and saw that the stone had been taken away from the tomb. So she ran and went to Simon, Peter and the other disciples and said to them “they have taken the Lord out of the tomb, and we do not know where they have laid him!” – John 20:1-2

So Peter went out with the other disciples to visit the tomb. Both of them were running together but the other disciples outran Peter and reached the tomb first. They stopped to look in and saw the linen cloths lying where Jesu once lay. When Simon arrived at the tomb they went in. They saw that Jesus was not in the tomb. The tomb was empty.

Mary wept at the tomb and a man came to her and said “why are you weeping? Whom are you seeking?” Supposing him to be the gardener, she said to him, “sir, if you have carried him away, tell me where you have laid him and I will take him away”. The man said “Mary”. She turned and said to him in Aramaic, “Rabboni!” (which means Teacher). Jesus said to her “do not cling to me for I have not yet ascended to the Father but go to my brothers and say to them I am ascending to my Father and your Father. To my God and your God”. Mary went and announced to the disciples “I have seen the Lord!” – John 20:14-18

We took some pictures of the display and the individual creations so that you can see what a wonderful job the children have made of this amazing story. Please click on the thumbnails for a larger view. 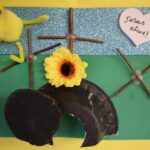 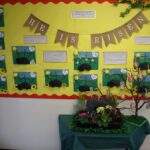 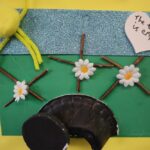 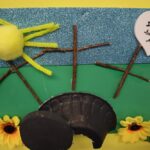 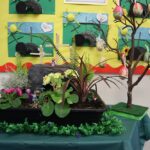 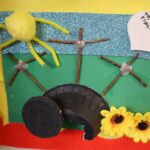 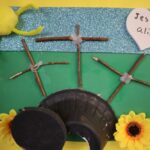 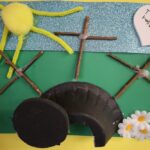 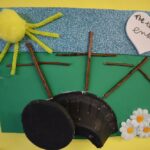 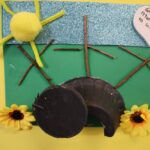 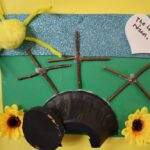 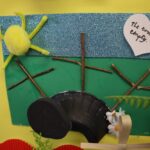